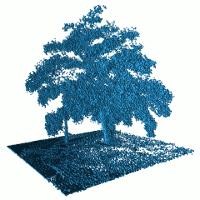 An Efficient Probabilistic 3D Mapping Framework Based on Octrees

The OctoMap library implements a 3D occupancy grid mapping approach, providing data structures and mapping algorithms in C++ particularly suited for robotics. The map implementation is based on an octree and is designed to meet the following requirements:

Detailed information about the implemented approach and evaluations can be found in the paper "OctoMap: An Efficient Probabilistic 3D Mapping Framework Based on Octrees" (PDF), published in the Autonomous Robots Journal.

The OctoMap library is available as a self-contained source distribution for Linux (recommended), Mac OS and Windows. It was developed by Kai M. Wurm and Armin Hornung, and is currently maintained by Armin Hornung. We would like to thank all additional authors for their contributions.

OctoMap is released under the New BSD License.

The viewer octovis is released under the GNU-GPL License (version 2).

Please let us know if you are using OctoMap, as we are curious to find out how it enables other people's work or research. Additionally, please cite our new journal paper (supersedes the ICRA 2010 workshop version) if you use OctoMap in your research:

Take a look at some of our example maps below. You can find these and more datasets in our dataset repository as finished OctoMap files and sources in the form of 3D laser scans. 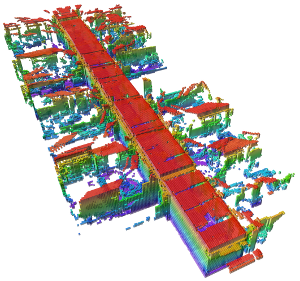